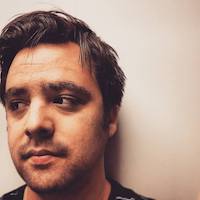 I’ve been using and toying with Go for almost two years now. At the time I decided to learn the language, I was curious on what this language had to offer.

Initially, I was really intrigued by it’s simplicity. Loved that it was minimal and easy to pick up. I learned the basics of the language in only a couple of hours and loved writing programs in it. I began to think, “where has this language been all of my life? Why am I just barley learning this language?” It quickly became my favorite language to use, but as I began to dig deeper, there were definitely frustrations that came along with it.

Here has been my process for learning Go so far:

Here’s some of the things I struggled with as a young Gopher:

I’m going to be mainly discussing interfaces in this post, because understanding interfaces initiated my “a-ha” moment with Go. Understanding this part of the language actually made me fall in love with it. As a side note, I feel like finally understanding something is what drives me as a programmer and makes me love what I’m doing. I don’t mind the frustrations that come along.

What is an Interface?

In my own words, interfaces are a collection in method definitions. Let me explain what I mean.

There are few key differences with interfaces in Go. In Go, interfaces are implemented implicitly. Meaning you don’t have to directly implement an interface to satisfy the methods within it. Only the necessary types and input/output.

From the Golang tour: ”Implicit interfaces decouple the definition of an interface from its implementation, which could then appear in any package without prearrangement.”

For example, let’s say I have a “watcher” which watches things. In it’s definition it has a Watch() bool function that returns a boolean. I also have a couple of structs, Task and Meeting.

Then, we can create functions that implement this interface:

Now every time use those structs we can call the Watch method.

This allows our code to be polymorphic and we don’t have to re-write logic for a watcher every time we need to use it.

A good example of interfaces is in Go’s io package. Let’s take a look at io.Reader

You can actually use an interface as argument in a function, extending it’s use. For example, you can write a custom function for limiting the amount of bytes passed in.

Actually, the io package already has this (called LimitReader), but I’m just using the above as an example to visualize the power of interfaces.

Reading code from Go’s standard library is awe inspiring. After looking through this I realized the power that interfaces have. Are they needed all of the time? No. However, as your application or program grows, they are a powerful tool to keep your code clean and maintainable. Also, if you’re building a package, they may be necessary so that users of your package can extend the behavior of your code.

Ah! The good ‘ole empty interface{} . An empty interface are used to handle values of an unknown type. Moreover, they may hold values of any type. I find them extremely useful when I’m accepting parameter in a function and I’m unaware of the type that is going to be passed in.

Although, I would caution to not overuse an empty interface as the compiler won’t be able to check for the type the value holds.

Once I’ve had this “light build” moment, I’m completely sold on Go now. It’s pretty much turned into my favorite language. Although, there were some frustrating learning curves, I will say that once you understand Go, you’ll end up loving it.

Here are some resources on interfaces: